This year’s film festival takes place on November 2&3, 2018 in Davis, West Virginia. The chosen short films will screen at Verglas Media’s studio on the top floor of the historic National Bank of Davis building. The film line-up will be the same both nights, with the Awards Party on Saturday, Nov. 3 only!

We tip our hats to those who choose filmmaking as their art form. The festival jurors will name an overall award in each category. In addition, we will have a special award selection for Appalachia filmmakers in each category.

We are excited to be an international film festival, a home for creative, independent short film from around the world. But – there’s no doubt – we sprouted in Tucker. One of our primary goals is to shine a spotlight on the films and filmmakers of our area. We are also seeking to highlight films from the greater Appalachian region in order to showcase the depth of talent and creativity residing within these mountains. We also welcome films from around the world.

In our third year, Plum Tuckered will once again celebrate the art of short film. And we mean short! Films must be 20 minutes or less. Even though there are many great short films out there longer than 20 minutes, we appreciate your understanding of this rule.

Official logo and laurels for use by media and filmmakers can be downloaded right here!

There’s no doubt – we sprouted in Tucker. Our primary goal is to shine a spotlight on the films and filmmakers of our area. We are also seeking to highlight films from the greater Appalachian region in order to showcase the depth of talent and creativity residing within these mountains.

Since the beginning, we have welcomed films from around the world. We believe he juxtaposition of international film alongside local and regional projects is one of the strongest effects that a film festival can have on its audience.

We are a community of artists and entrepreneurs, athletes and musicians, filmmakers and nature-lovers living and working in Tucker County, West Virginia. Our home is one of ancient mountains and storied rivers, high valleys and boom towns. There’s history here, and rejuvination. Culture. Adventure. Art. Life.

We’re getting plum tuckered just thinking about it. 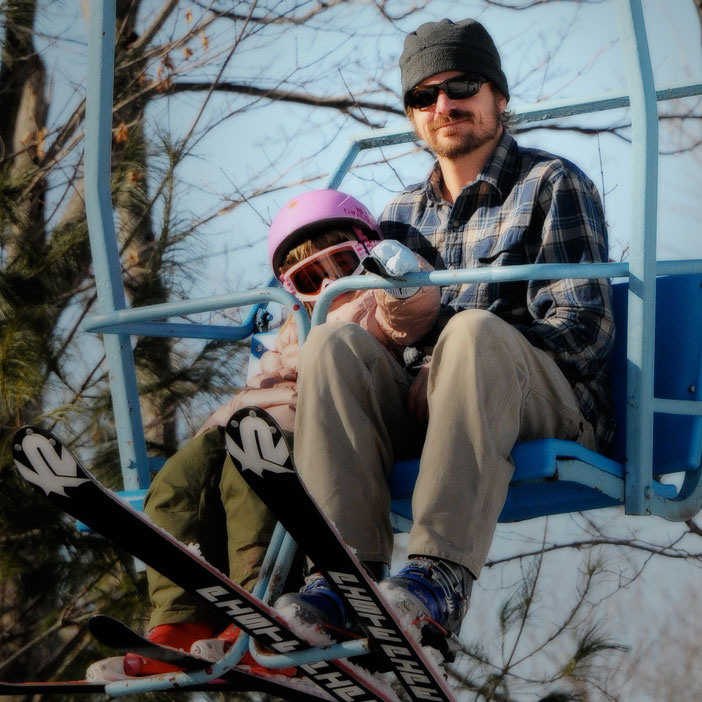 Patrick’s love for the mountains and outdoor adventure led him to Tucker County over ten years ago. The community and culture is what has kept him here. “It is a great place for my wife and myself to raise our two kids. There is so much great stuff happening.” He is the owner and operator of Blackwater Outdoor Adventures (BOA). BOA is a river based adventure company with a campground that specializes in whitewater rafting, canoeing, kayaking and tubing trips for individuals, families and groups. Patrick finds inspiration from watching documentary films and hopes that others will find it too, especially through the stories of and by the folks of Tucker County. 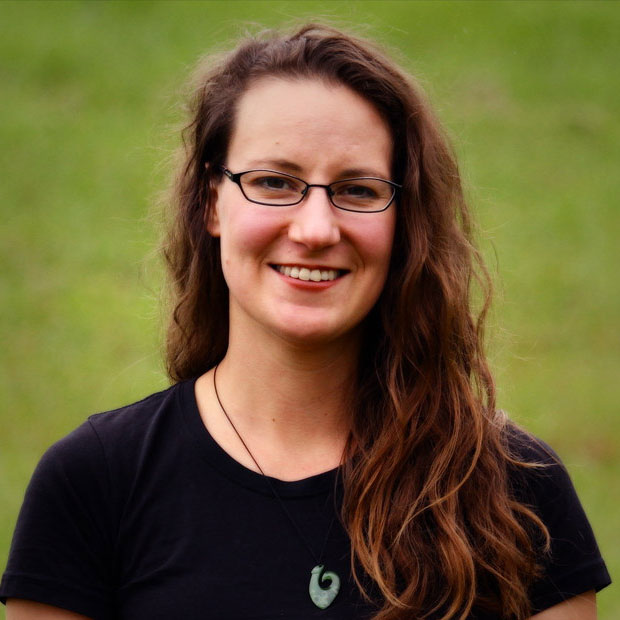 Victoria Weeks is a filmmaker and owner of Verglas Media, a production company focused on inspiring audiences through the partnership of art and science. Spending over a decade as a science media producer for NASA, Victoria specialized in spherical filmmaking and educational and promotional media. In 2014 she produced the first independent film for Science On a Sphere called Our Pale Blue Dot. The beauty, adventure and communities of this region have lead her to make Tucker County her home. 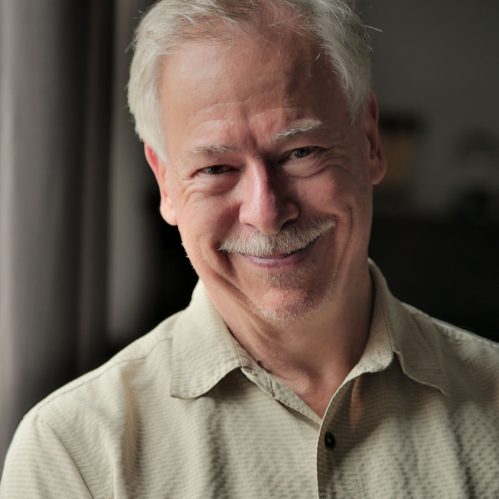 Bill and his wife Karen moved to Canaan Heights in 2012 in a house his parents built in 1970. Karen grew up in Davis, so their connection to Tucker County goes back a long way. Before moving back to Davis, Bill started and ran a number of successful businesses in Northern Virginia. This afforded him time to pursue numerous professional acting and voice-over/narration projects. He is SAG/AFTRA. He has been seen in House of Cards, numerous Investigation Discovery shows and played a recent role in a Hollywood-produced, feature length movie, “West Virginia Stories”, shot here in the Winter of 2015. He has worked professionally on-stage, and in front of and behind the camera (and microphone) for over 50 years. 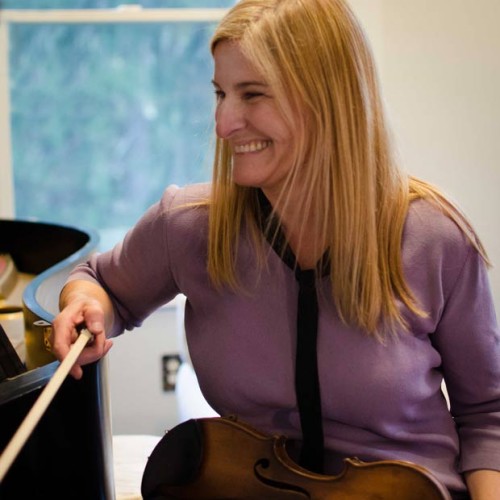 Ruth is a graphic artist and old-time fiddler who has enjoyed living in Tucker County, West Virginia since 1993. She studied painting and print making at Virginia Commonwealth University in Richmond, Virginia. Based on a shared sense of survival and community and an appreciation for the splendid nature that surrounds us, she strongly believes that small mountain towns provide a fertile environment for the creative arts. 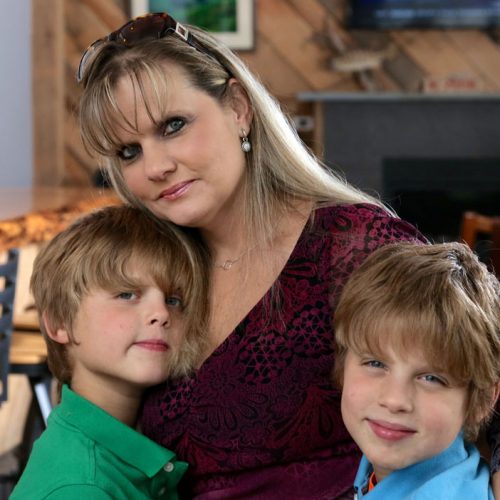 12-year resident of Davis. Mother of five beautiful children, owner of three local businesses. Fair to say the town loves her latest venture with husband and brewmaster Jon, Stumptown Ales. Also fair to say her life would make a great movie, but until then she just enjoys watching them over her late night cup of tea. This year’s event will feature beer by Stumptown and a kickin’ post-screening after party! 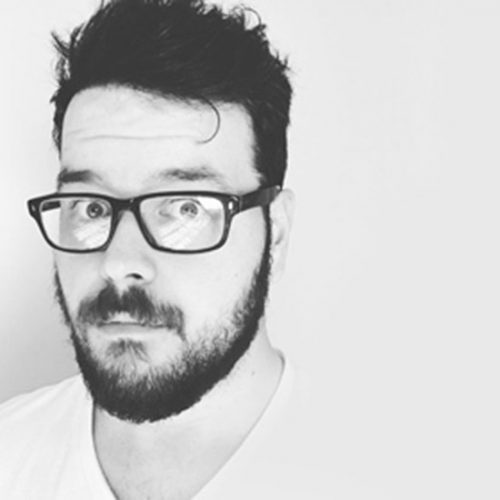 While in college, Ethan had hands-on experience with a wide variety of art mediums and disciplines ranging from printmaking and sculpture fabrication to video editing and digital design, the latter of which became the focus of his degree plan. He assembled a solo exhibition of printed vector portraits at the Brooks Gallery and in December of 2015, graduated with a Bachelor of Arts in Cross Media from Fairmont State University. He continues to work heavily with vector design and illustration in the world of branding and has since fostered a passion for the cinema and storytelling, avidly studying and reviewing films. 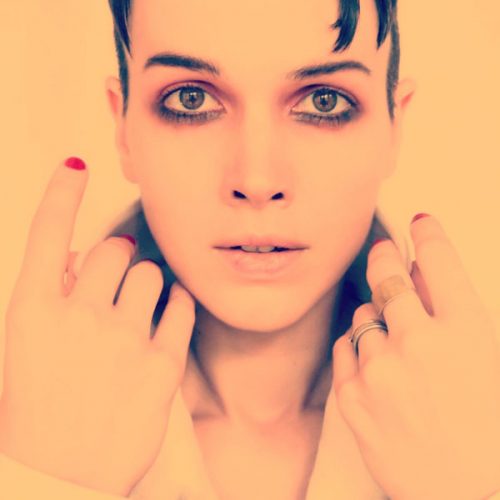 Abacus A. Haste (They/Them), co-founder of the Awaking Trans Art Coalition (ATAC), is a queer, expressionistic artist from southern Appalachia.

Having landed in Tucker CO, one white heavy winter, in 2006, Abacus found a place to unwrap their multi-facetted beauty through the art of music and harmonious sound as a singer/songwriter within bands such as SIGHANIDE, Mocking Bird, and Colten Miles.
Continuing this practice, still, Abacus performs now as a soloist, under the moniker TomMan.

Despite currently residing in Upstate NY, where they practice Visual Art, Abacus admits to having but only one home; and thus, returns to Tucker most faithfully. 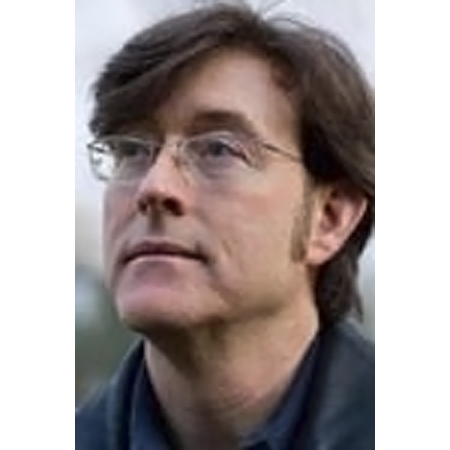 Edward Schoelwer, who lives with his wife Leslee Rachel in the mid-Hudson Valley, is the president of Red Shell Management, a “boutique” arts agency that represents Dance Theatre of Harlem, Limón Dance Company, Collage Dance Collective, and Rhapsody in Black. He serves on the board of directors of Rosendale Theatre, Rosendale, New York, one of the sites of the Woodstock Film Festival, where he has be the co-chairman of the programming committee for 5 years. For the past 7 years he has been the curator of Rosendale Theatre’s Dance Film Sunday, a monthly offering focusing on documentaries about dance, dance artists, and dance performances on film. In the spring of 2018 he organized the very successful Ulster County Local Connections Film Festival. As a playwright is pen name is Edward Versailles and his play The Cat Fanciers has been produced worldwide. 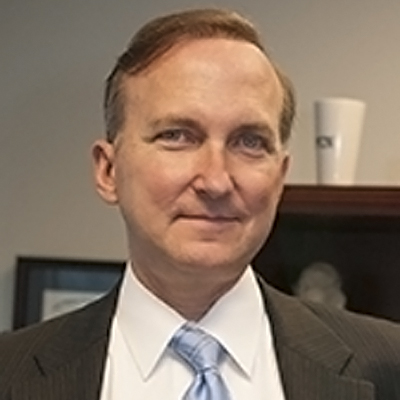 Mr. Lockman was named President and Chief Executive Officer of the Pennsylvania Cable Network in February 1999. He joined PCN in November 1994 after more than fifteen years with C-SPAN. One of C-SPAN’s original four employees, he served more than ten years as that network’s Vice President of Operations.

At the time he joined PCN it was a struggling instructional network which he quickly developed it into the nation’s pre-eminent state cable network built on the C-SPAN model.

In addition, Mr. Lockman served two years on the board of U.S. Capitol Radio-Television Correspondents Association, the organization comprised of the Capitol Hill radio and television press corps, serving one year as its Chairman.

Mr. Lockman is a native of Norwood, Delaware County, Pennsylvania, and is a graduate of Temple University in Philadelphia. He plays banjo and fiddle with the Buc Hill Aces, a band that specializes in Old-Time Southern Appalachian music. He has been married for 43 years to Nancy Karvois Lockman, and they have two daughters. 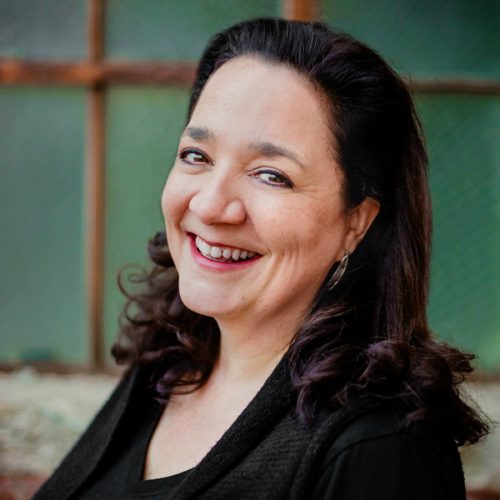 Dr. Katie Hoffman, Executive Director of Create Appalachia, is also the founder and owner of Appalworks.com. Katie grew up in Richmond, VA, but she’s thrilled to have ended up in East Tennessee and Southwest Virginia, right in the middle of the music, food, literature, and culture that she loves best. Katie’s PhD is in English, but her specialty is really Appalachian Studies. She is a scholar and performer of traditional Appalachian ballads. She’s also a singer/songwriter. Her 2004 CD, Beautiful Day, was produced by Raymond W. McLain and features the East Tennessee State University Bluegrass Pride Band. She was the traditional music producer for a 4-part PBS series entitled Appalachia: A History of Mountains and People. Katie also co-chaired the Appalachian section of the 2003 Smithsonian Folklife Festival on the Mall in Washington, DC. A few years ago, Katie and Dr. Jean Haskell co-curated a fine art exhibit entitled Changing Appalachia: From Custom to Cutting Edge. Held at the Portsmouth, Virginia Art and Cultural Center, this exhibit included work from the vanguard of fine artists from all over the southern mountains. Katie’s work also includes several oral history projects: Windows on the Past: A History of the Vardy Community, Hidden Heroines of Northeast Tennessee: The First Stories, and an oral history project on the McLain Family Band of Eastern Kentucky. Since 2008, Katie has worked on local food initiatives across the region, serving such organizations as the Appalachian Regional Commission and the Collaborative for a 21st Century Appalachia. She is an avid cook as well as a researcher and practitioner of regional foodways. At the moment, heirloom recipes are foremost on Katie’s mind, as she and Jean are working on a series of “Feastivals”: three food events that will showcase Appalachian food, music, art, and culture as part of The Crooked Road’s Mountains of Music Homecoming in June 2018. Katie and her husband Brett Tiller perform together as The Tenneginians, featuring traditional Appalachian tunes and originals as well. They have recently begun a new business venture: Vintage Kitchen Cast Iron and Collectibles. They specialize in reclaiming and selling vintage cast iron and placing it in the hands of appreciative cooks and collectors. For the past year, Katie has been collaborating on the initial phase of a project called Bone by Bone, Voice by Voice with Hannah Harvey, a professional storyteller who shares her passion for recovering the voices of underappreciated Appalachian Women writers. With permission from Vanderbilt University Press, they have adapted the work of Tennessee author Mildred Haun, adapted for stage performance, bringing Haun’s stunning fiction and her collection of Cocke County ballads to audiences across the region. 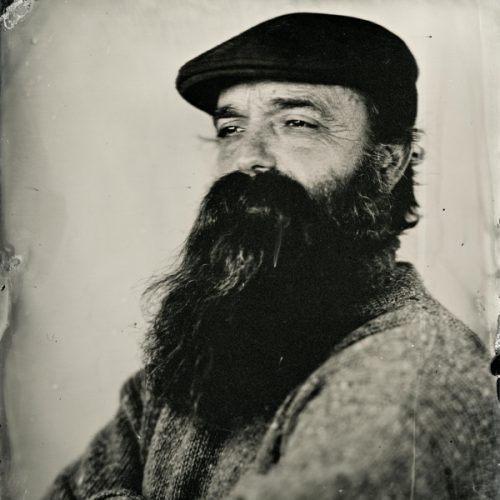 I have been making film and theater for a long time. I have worked mostly in the art department as production designer, art director, carpenter or prop master. I also may be found in FX burning things or obscuring things with smoke. Or I might be schlepping a highboy stand with the grips. I also work as an assistant doing still photography with a 1910 era wet plate camera. I recently shot my 5th feature film called The Machinery of Dreams due out as soon as we raise the final finishing funds.  Please take a look! If you are interested in supporting it, we also can be found at: https://www.indiegogo.com/projects/the-machinery-of-dreams-finishing-funds-3#/ 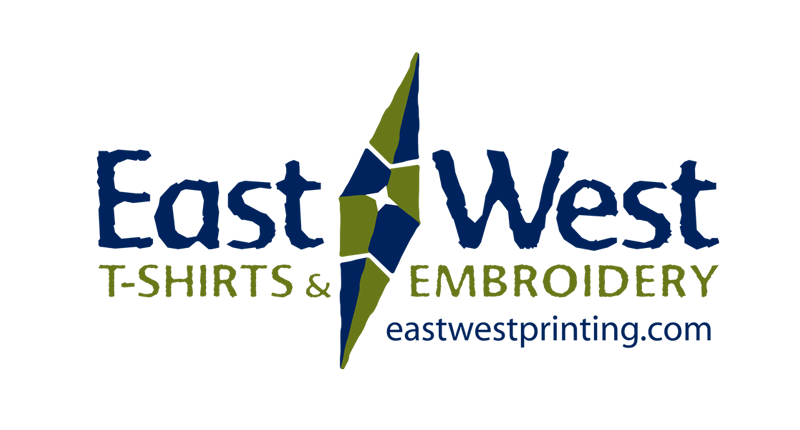 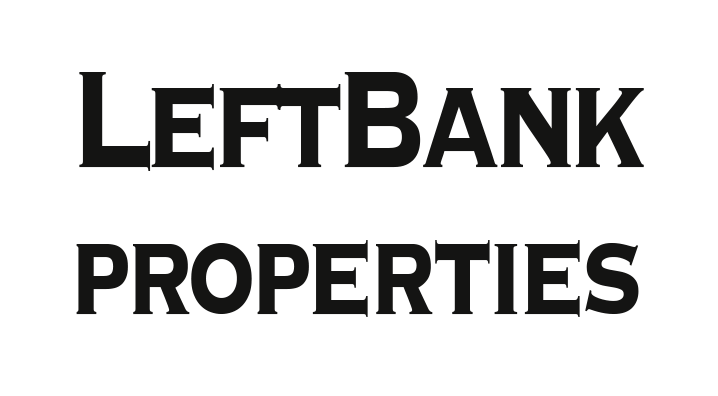 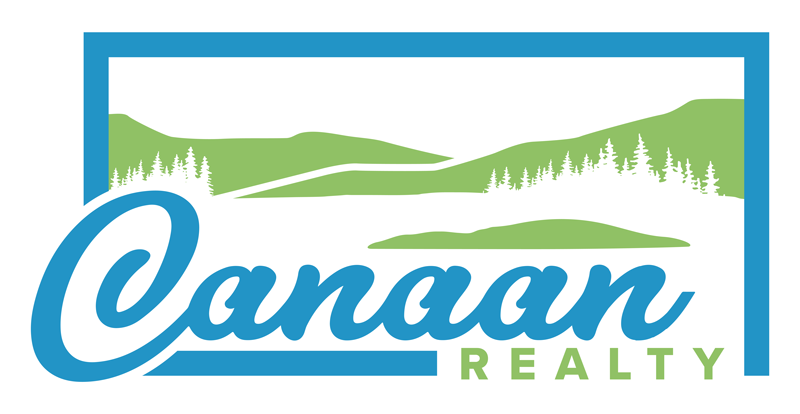 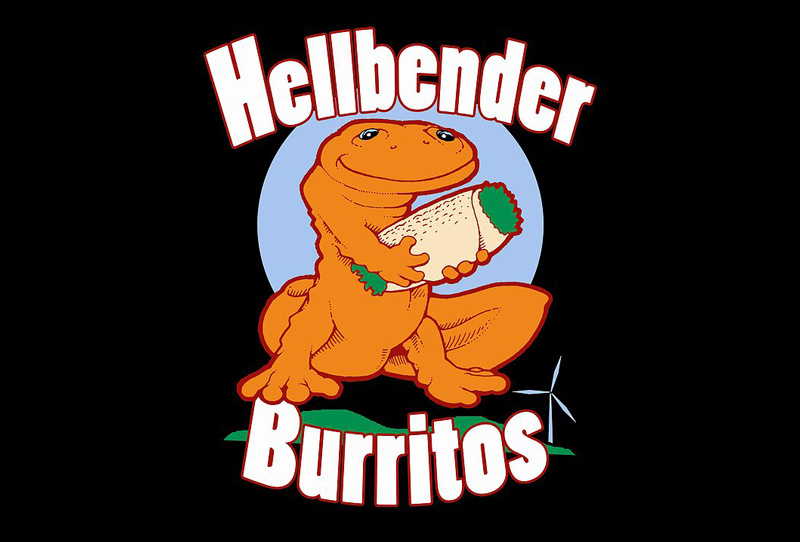 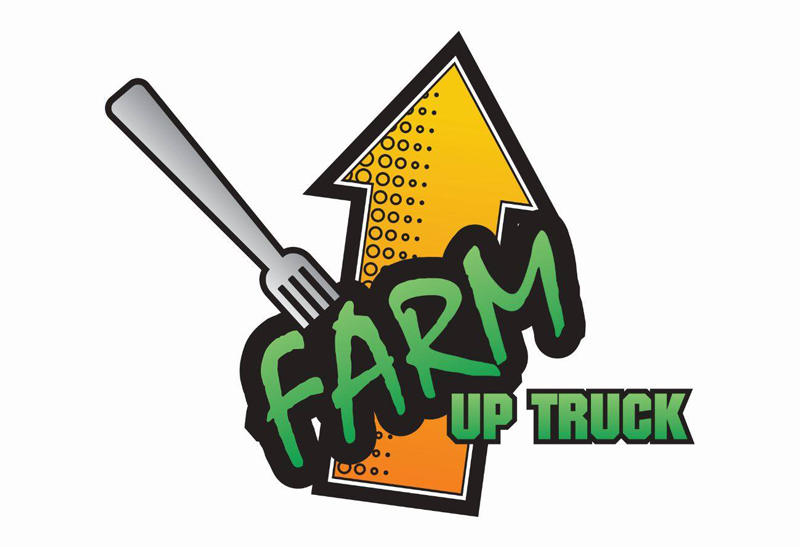 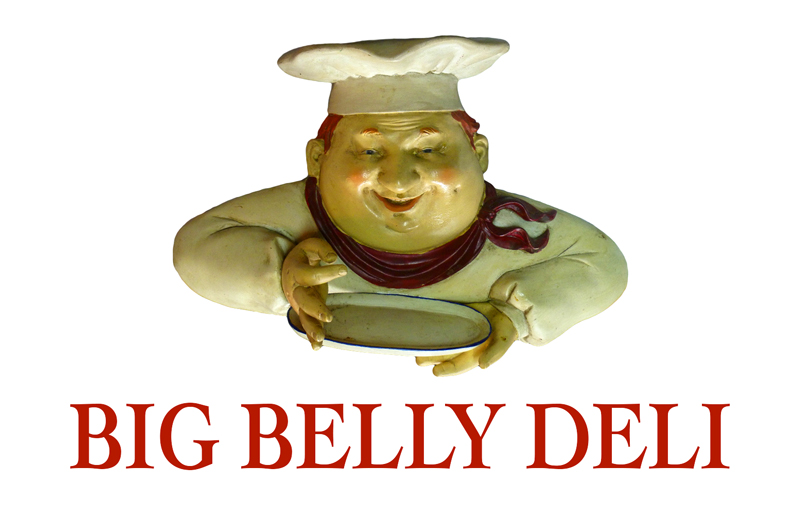 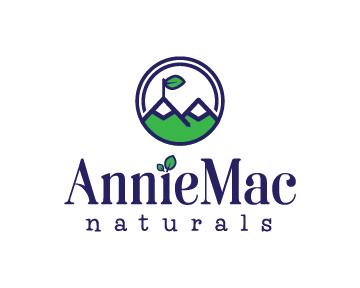